A component consists of an interface (inputs/outputs), the implementation (a Docker container image and command-line arguments) and metadata (name, description).

In this simple example, we will implement a deep neural regressor network to predict the closing prices of bitcoin cryptocurrency. The machine learning code itself is pretty basic as it is not the focus of this article. The goal here is to orchestrate a machine learning engineering solution using microservice architectures on Kubernetes with Kubeflow Pipelines.

The pipeline consists of the following components:

Create a container image for each component

First, we’ll package the client and runtime code into a Docker image. This image also contains the secure service account key to authenticate against GCP. For example, the component to transform the dataset using Dataflow has the following files built into its image:

Before uploading the pipeline to Kubeflow Pipelines, be sure to build the component containers so that the latest version of the code is packaged and uploaded as images to the container registry. The code provides a handy bash script to build all containers.

Ensure the Kubeflow Pipelines SDK is installed on the local machine by running:

Compile the pipeline by running:

For the sample code, we used:

Upload and execute the Pipeline to Kubeflow Pipelines

1 Upload the pipeline to Kubeflow Pipelines. 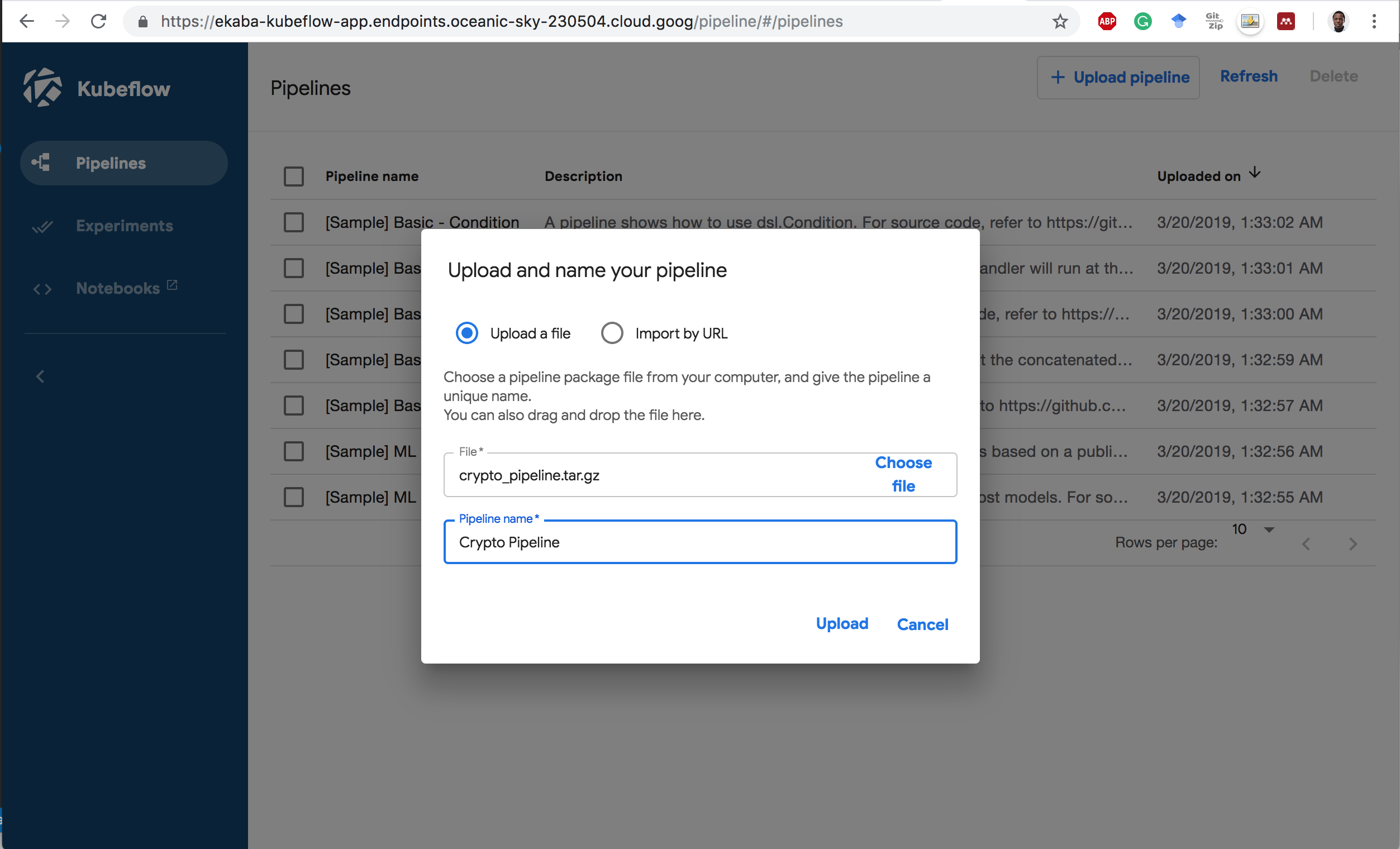 2 Click on the pipeline to see the static graph of the flow. 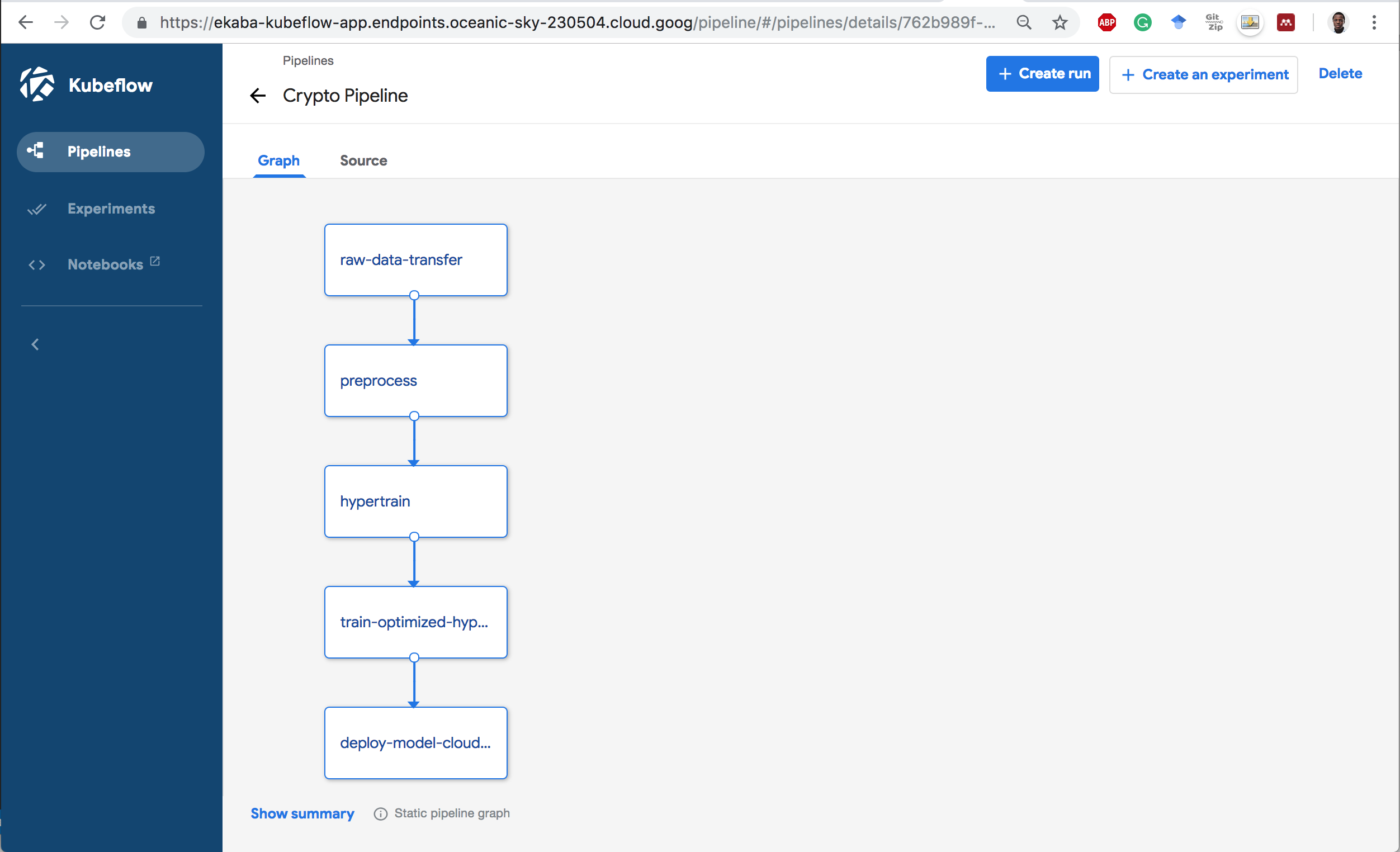 3 Create an Experiment and Run to execute the pipeline. 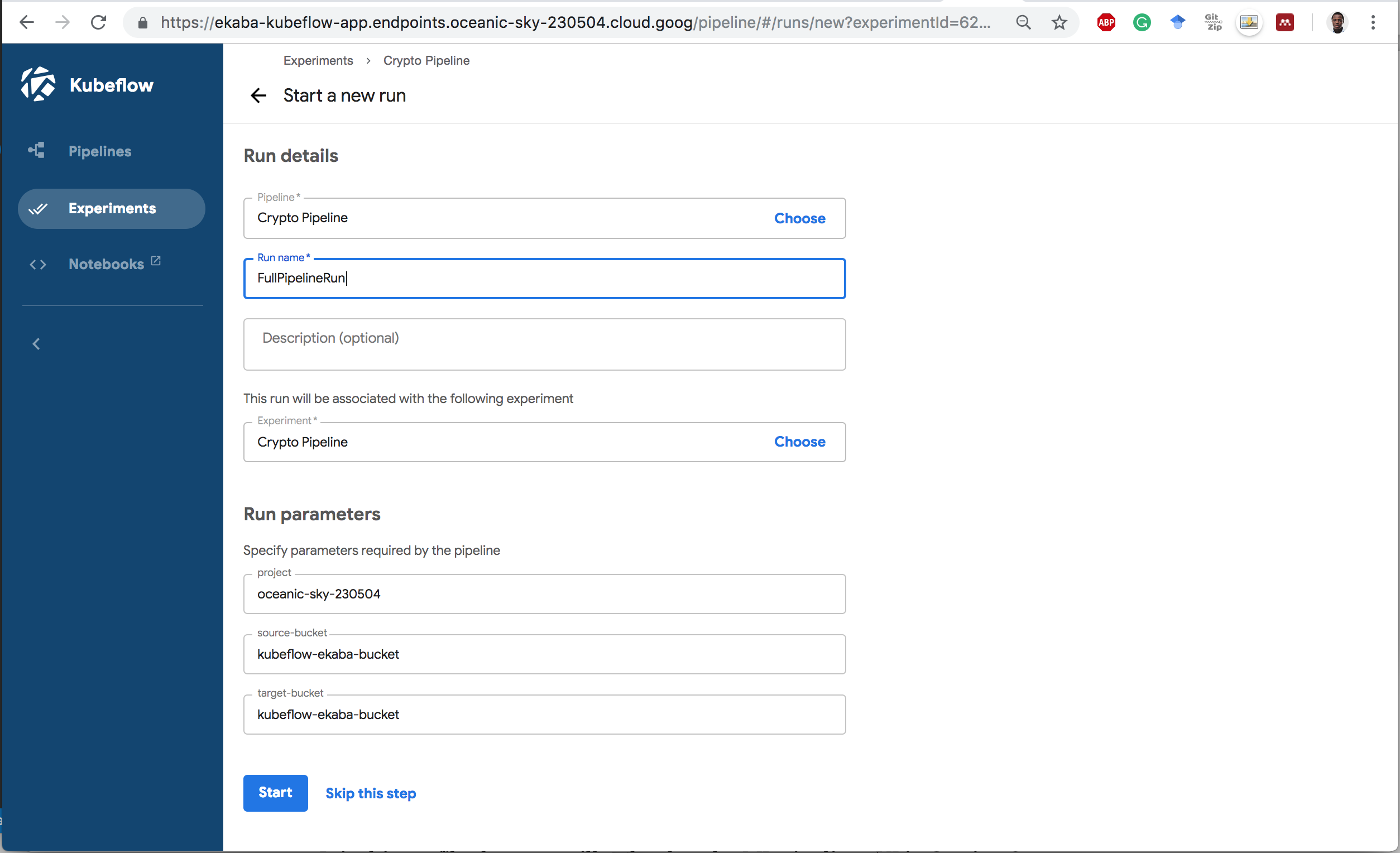 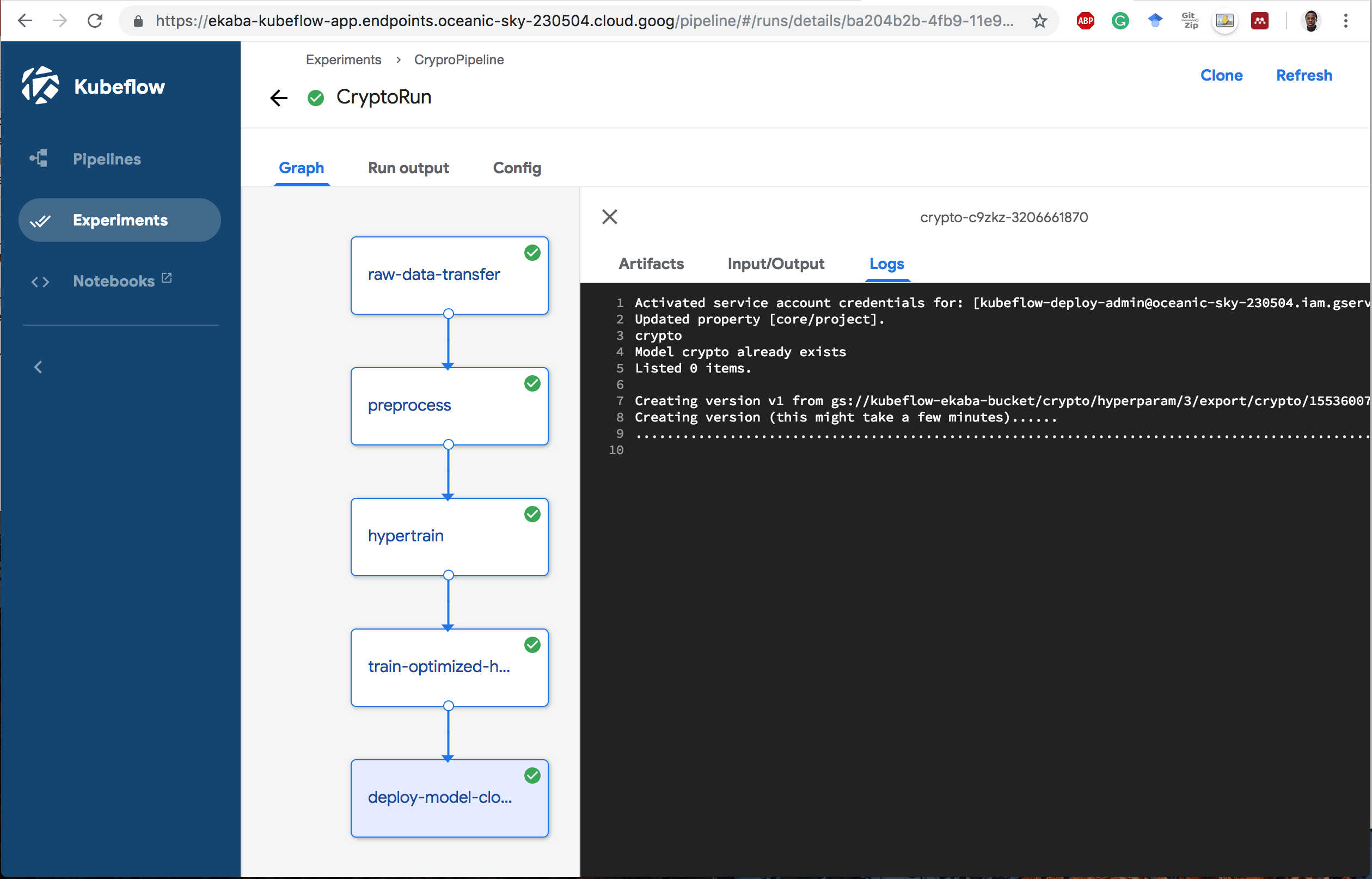 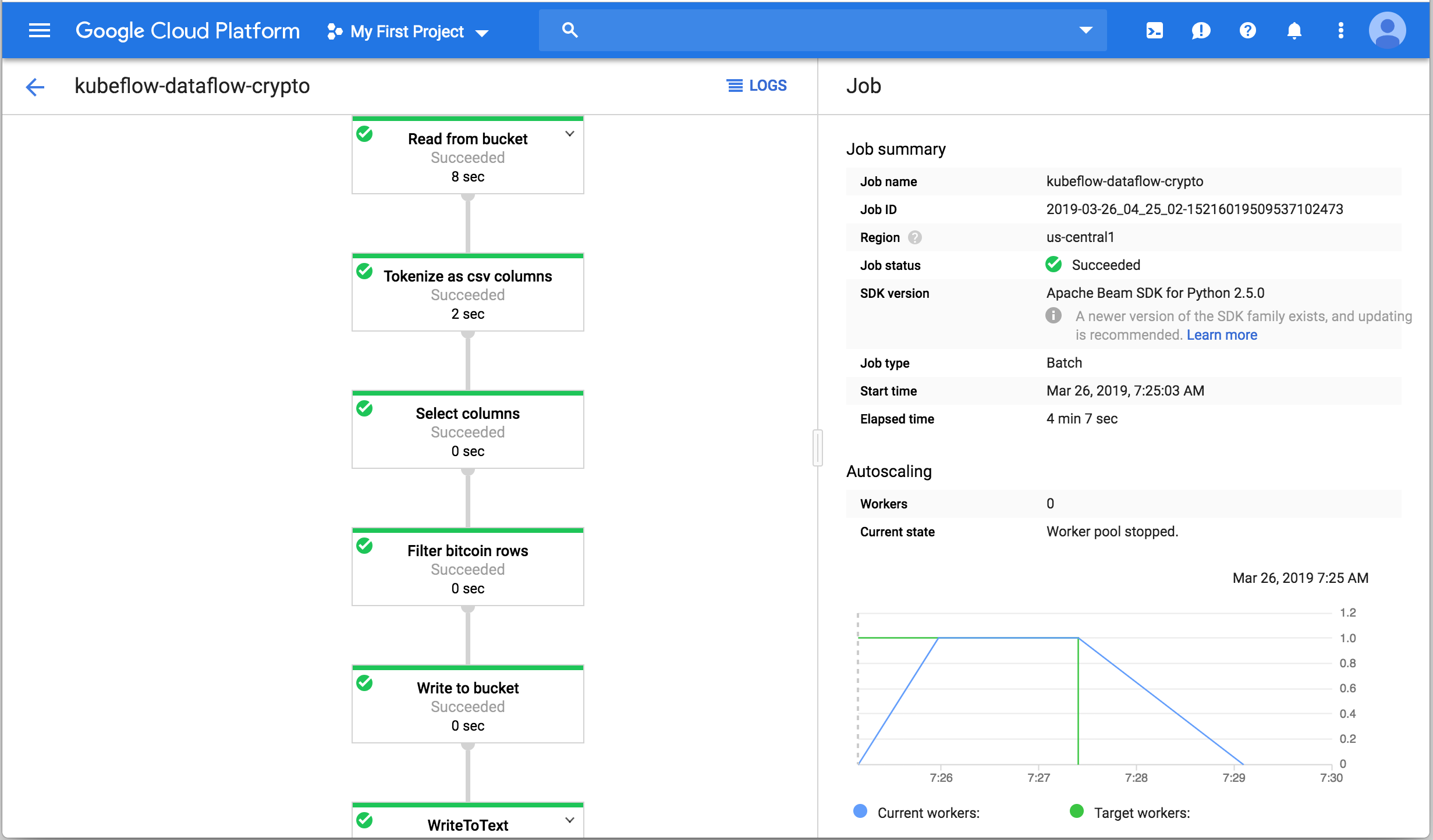 The following resources are helpful for creating and deploying a Kubeflow Pipeline.