The theory of probability forms the backbone for learning and researching in statistical pattern recognition. Probability theory is one of the most amazing fields of mathematics, and it is based on three simple axioms.

From these three axioms, we see that probability theory is an elegant self-checking mathematics with no event less than and the sum of events must equal . Also, observe that the only arithmetic operator involved is the (plus) sign. Howbeit, when we begin to recombine and use these axioms, all other arithmetic operators begin to emerge.

Suppose we have an event space with the probabilities as shown in Figure 1 below. 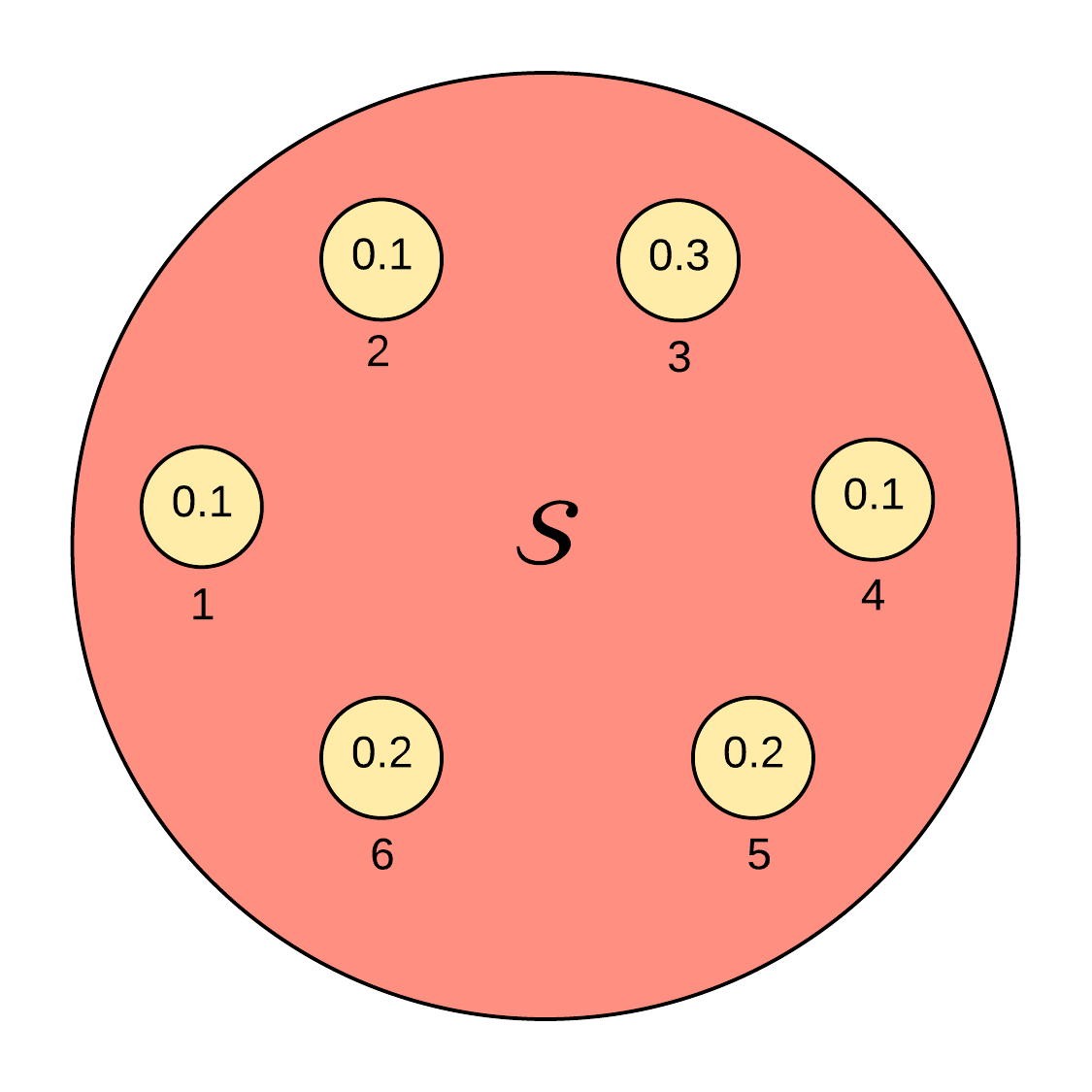 Let us check if the above probability sample space is valid: 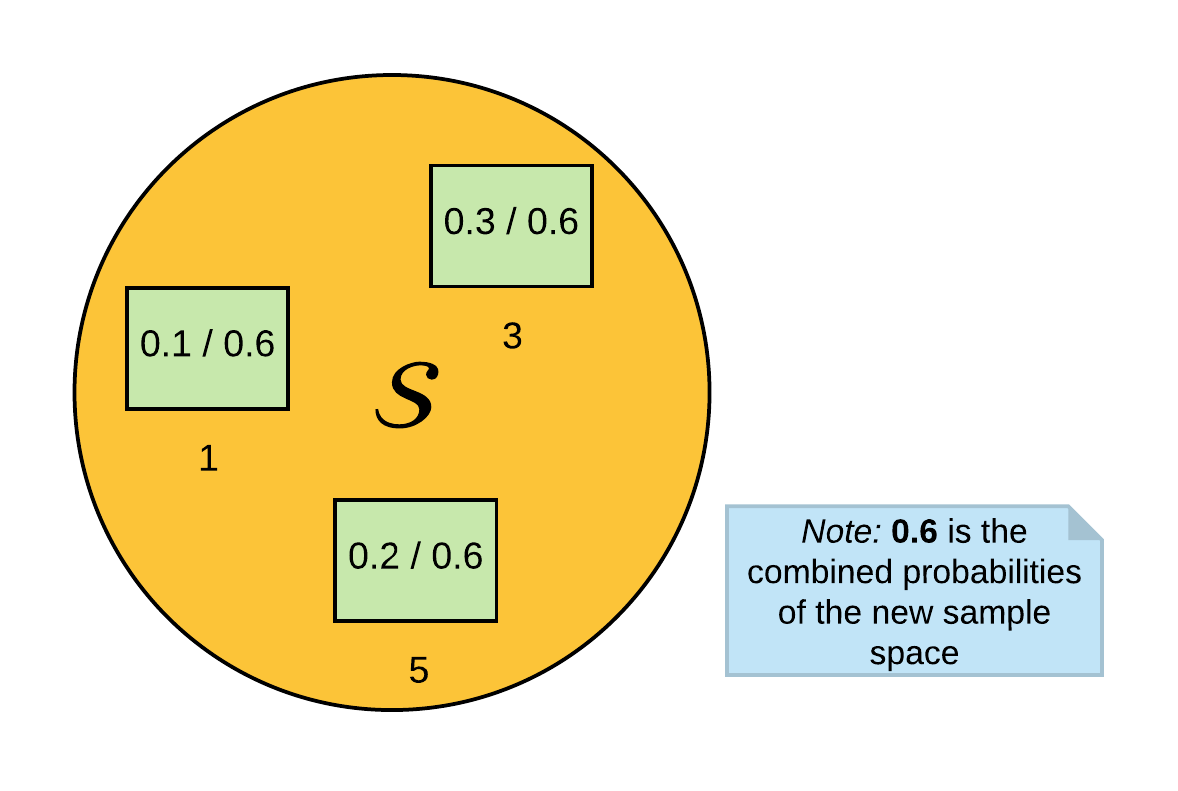 Solving for , it is now evident from the normalized sample space that the result is .

Dependent probabilities are formally written as: 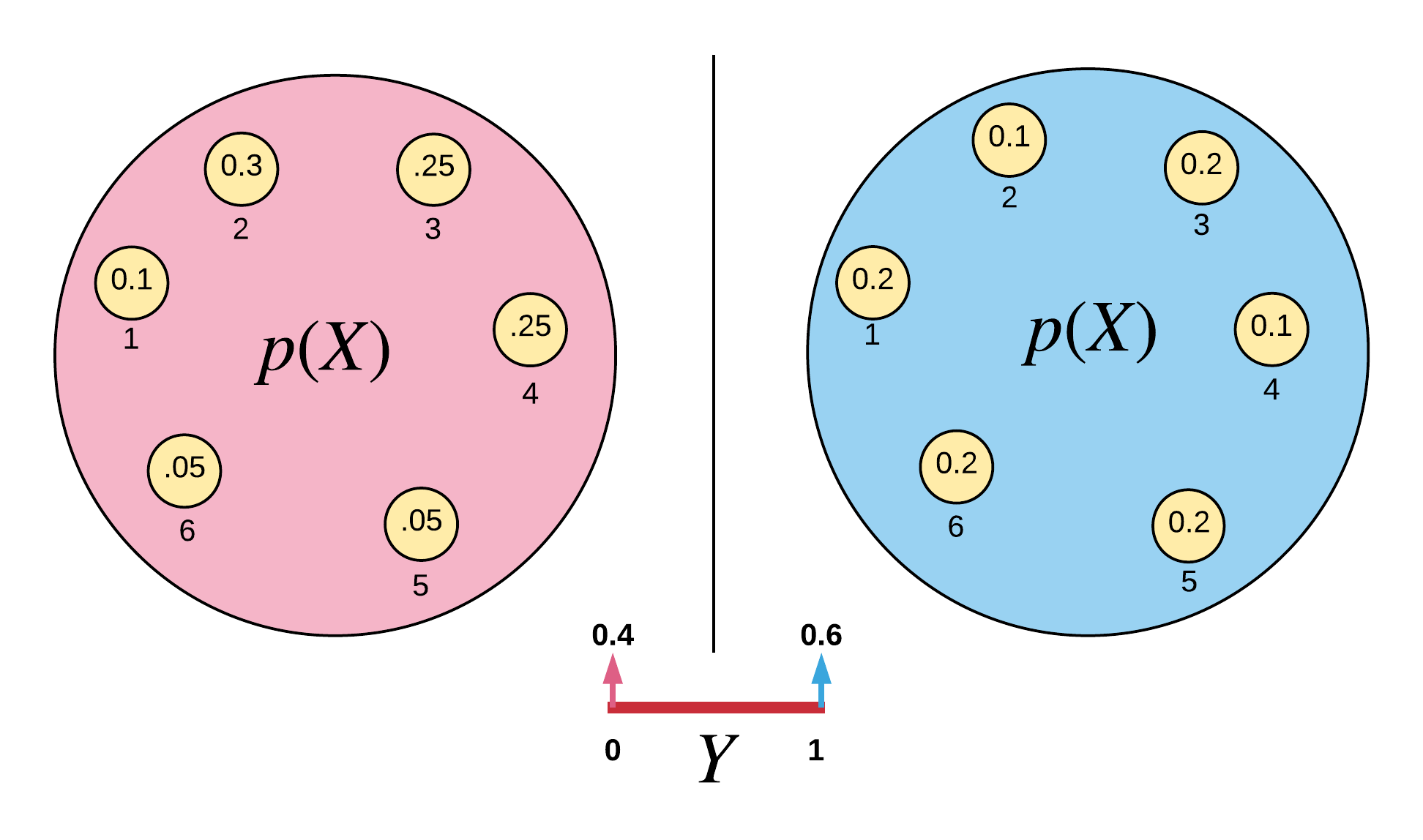 Suppose we are asked:

Now, suppose we are asked the probability that , i.e., The answer to this is not obvious from the probability space because we are not told the outcome of . However, we can derive the total probability of if or . To do this, recall our dependence formula in Equation \ref{eqn:dependence}.