The ideas of exploration and exploitation are central to designing an expedient reinforcement learning system. The word “expedient” is a terminology adapted from the theory of Learning Automata to mean a system in which the Agent (or Automaton) learns the dynamics of the stochastic Environment. In other words, the Agent learns a policy for making actions in a random Environment that is better than pure chance.

In training an Agent to learn in a random Environment, the challenges of exploration and exploitation immediately arise. An Agent receives rewards as it interacts with an Environment in a feedback framework. In order to maximize its rewards, it is typical for the Agent to repeat actions that it tried in the past that produced “favourable” rewards. However, in order to find these actions leading to rewards, the Agent will have to sample from a set of actions and try-out different actions not previously selected. Notice how this idea develops nicely from the “law of effect” in behavioural psychology, where an Agent strengthens mental bonds on actions that produced a reward. In doing so, the Agent must also try-out previously unselected actions; else, it will fail to discover better actions. 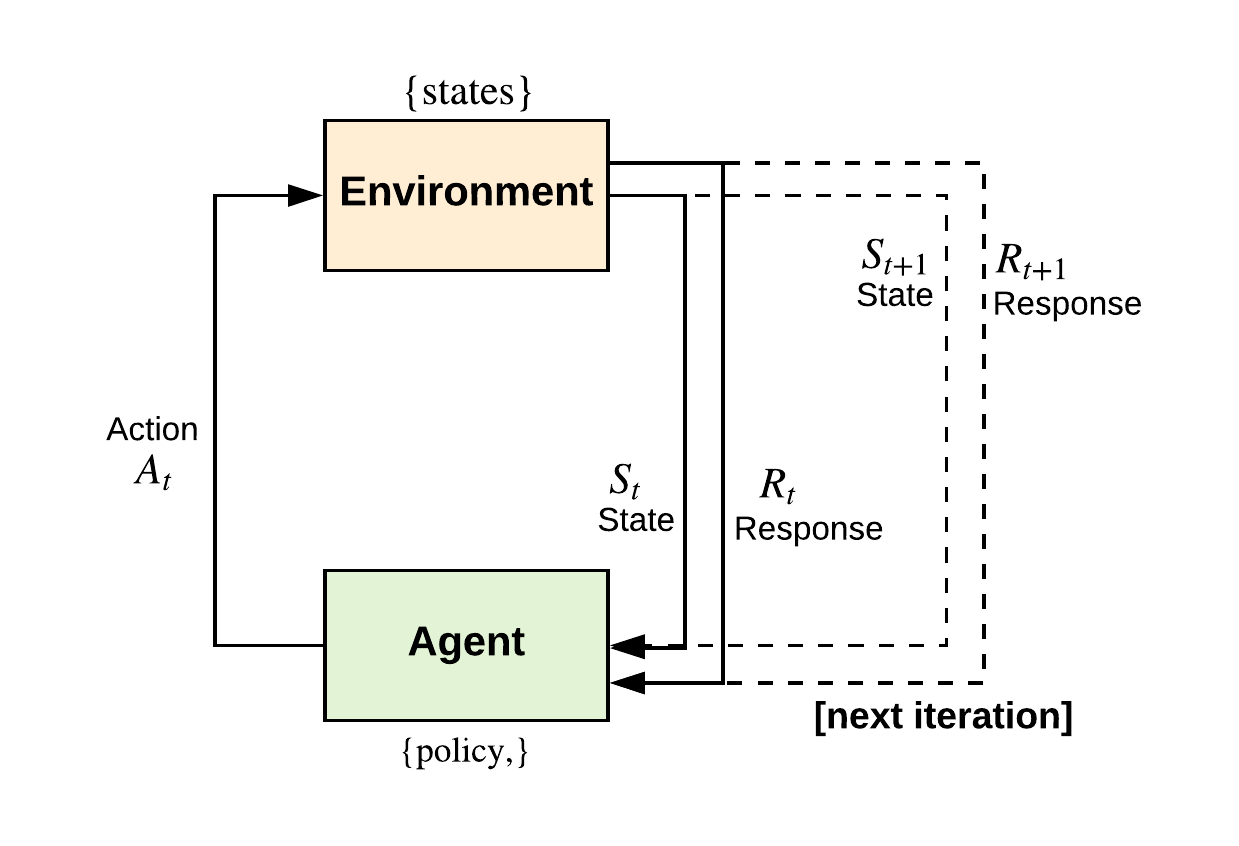 Reinforcement learning feedback framework. An agent iteratively interacts with an Environment and learns a policy for maximizing long-term rewards from the Environment.

Exploration is when an Agent has to sample actions from a set of actions in order to obtain better rewards. Exploitation, on the other hand, is when an Agent takes advantage of what it already knows in repeating actions that lead to “favourable” long-term rewards. The key challenge that arises in designing reinforcement learning systems is in balancing the trade-off between exploration and exploitation. In a stochastic Environment, actions will have to be sampled sufficiently well to obtain an expected reward estimate. An Agent that pursues exploration or exploitation exclusively is bound to be less than expedient. It becomes worse than pure chance (i.e. a randomized agent).

The MAB problem is an extension of the “one-armed bandit” problem, which is represented as a slot machine in a casino. In the MAB setting, instead of a slot machine with one-lever, we have multi-levers. Each lever corresponds to an action the Agent can play. The goal of the Agent is to make plays that maximize its winnings (i.e. rewards) from the machine. The Agent will have to figure out the best levers (exploration) and then concentrate on the levers (exploitation) that will maximize its returns (i.e. the sum of the rewards).